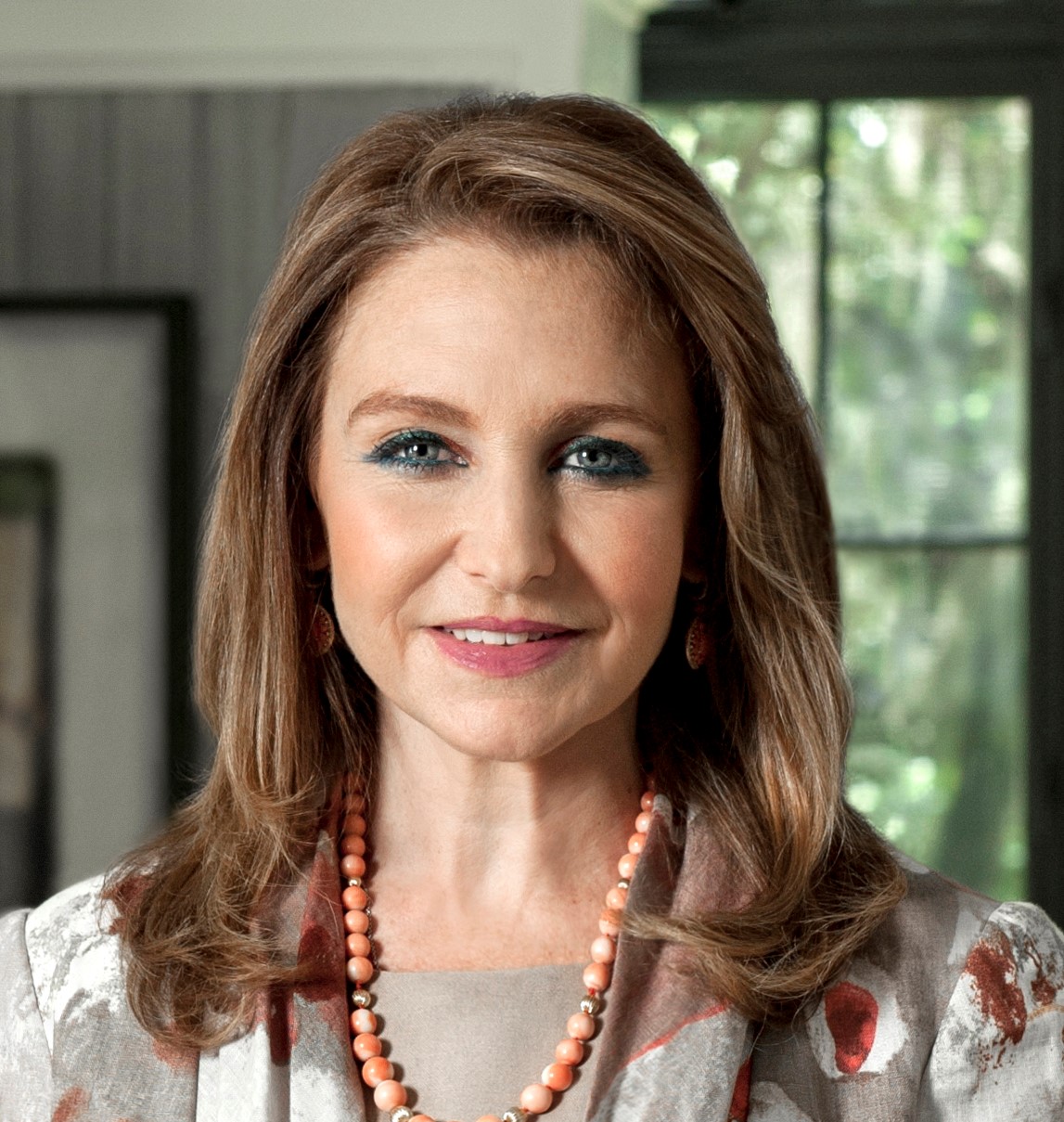 Felicia Marie Knaul (MA PhD, Economics, Harvard University) dedicates herself to global health research, advocacy and policymaking focused on reducing inequities and improving the socio-economic conditions of vulnerable populations. At the University of Miami, she is Professor at the Miller School of Medicine, Director of the Institute for Advanced Study of the Americas and Sylvester Cancer Center member. She leads a research team at the Mexican Health Foundation; is a member of the Mexican National Academy of Medicine; and is senior member of the Mexican National System of Researchers. Dr. Knaul was Director of the Harvard Global Equity Initiative, chaired by Nobel Laureate Amartya Sen. She has served in the governments of Mexico and Colombia in leading roles in health reform and social development and has designed and implemented research projects throughout the developing world. Knaul has over 235 academic and health policy publications, spearheaded and led multiple global research networks, and designed and organized almost 75 international research-related symposia. She currently chairs the Lancet Commission on Gender-based Violence and Maltreatment of Young People. She is a member of several Lancet commissions and chairs the Commission on Palliative Care and Pain Relief as lead-author of its landmark report. Knaul founded the Global Task Force on Cancer Care and Control and produced a book that has guided researchers, advocates and institutions on how to close the global cancer divide. She played a key role in design and research of the Seguro Popular, a model used for evidence-based health reform worldwide and chaired the Lancet Mexico Health Reform series. Knaul maintains a synergistic program of global health research and advocacy. She is Founding President of Mexico´s Tómatelo a Pecho, a non-profit agency that promotes research, advocacy, awareness, and early detection of priority issues for the health of women; and has published a memoir on her cancer experience. She also serves on several high-impact boards. Dr. Knaul is a citizen of Canada and the UK, and a permanent resident of Mexico. 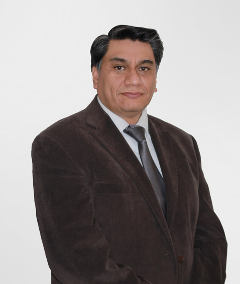 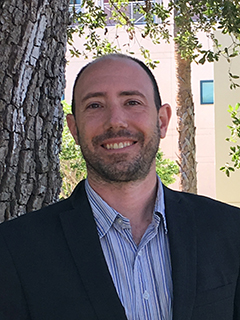 Dr. Touchton studies the political economy of development and underdevelopment in a comparative setting. His areas of interest include how countries attract investment and promote economic growth, how they reduce poverty and promote human development, and how they redevelop following the departure of major industries. Much of his research occurs in Latin America, but Dr. Touchton has spent considerable time addressing these questions in many other parts of the developing world and the United States. Dr. Touchton's research informs his work in the classroom, and his courses cover a wide variety of topics in comparative politics, and international relations from introductory to graduate levels. 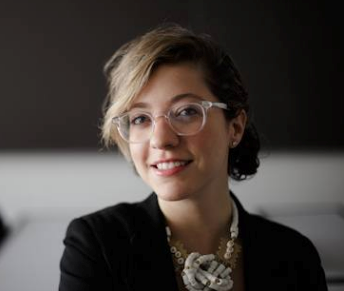 Dr. Thalia Porteny is interested in creating policy solutions that fairly represent minorities and developing an evidence base that measures the impact of policies that affect vulnerable populations. Dr. Porteny is a post-doctoral fellow at the Lab on Research, Ethics, Aging and Community Health at Tufts University and a Visiting Researcher at University of Miami. She recently received her Ph.D. in Health Policy from Harvard University in May 2019 and a M.Sc. in Global Health and Population at the Harvard T.H. Chan School of Public Health. Dr. Porteny also holds a BA in Interdisciplinary Sciences and Psychology from The New School in New York. Her research explores state-level governance in Latin America and legal status as a social determinant of health. Thalia served in the Mexican Ministry of Health implementing national programs on chronic disease and injury prevention and as deputy director of migrant health in the department of International Relations. She also worked in international organizations such as Doctors without Borders, NGOs in Ghana, and collaborated with the World Health Organization. Dr. Porteny has been the recipient of several fellowships and awards including the Agency for Healthcare Research and Quality training grant, the NIMH training grant and the CONACYT fellowship.

Mariano Sánchez-Talanquer is Assistant Professor in the Department of Politics at the Centro de Investigación y Docencia Económicas (CIDE) in Mexico City, and an Academy Scholar at the Harvard Academy for International and Area Studies. He holds a PhD in Government from Cornell University. His Ph.D. dissertation received the 2018 William Anderson Award to the best dissertation in the general field of federalism or intergovernmental relations, state and local politics from the American Political Science Association (APSA). His work has been published or is forthcoming in the Journal of Democracy, Politics & Society, and Latin American Politics and Society. He is co-editor with Ricardo Becerra of the book The Faces of Janus: Ninety Years of the Institutional Revolutionary Party (2020, in Spanish). His current book project, provisionally entitled The Geography of State Power, examines state-building across Mexico and Colombia during the twentieth century, focusing on the historical origins of territorial variation in several forms of state capacity. His research has been funded by Fulbright, the Social Science Research Council, and Mexico’s National Council for Research and Technology. He previously served as head of staff for Mexico City’s Minister of Economic Development and as an advisor to the Executive Secretary in Mexico’s Federal Electoral Institute (IFE). 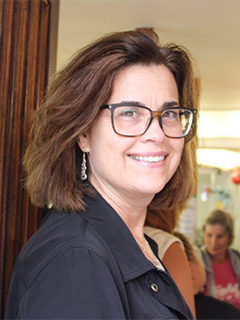 Dr. Sallie Hughes is Associate Professor in the Department of Journalism and Media Management at the University of Miami. She is the Faculty Director and Senior Faculty Research Area Lead for Latin American Studies at UMIA. Hughes is author of Newsrooms in Conflict: Journalism and the Democratization of Mexico and co-author of Making a Life in Multiethnic Miami: Immigration and the Rise of a Global City. Her journalistic work prior to entering academia appeared in The Miami Herald, The Washington Post, El Financiero Semanal (Mexico) and Maclean's of Canada, among other outlets. She teaches courses in international communication and ethnic media, and oversees UMIA programming for faculty and graduate students. 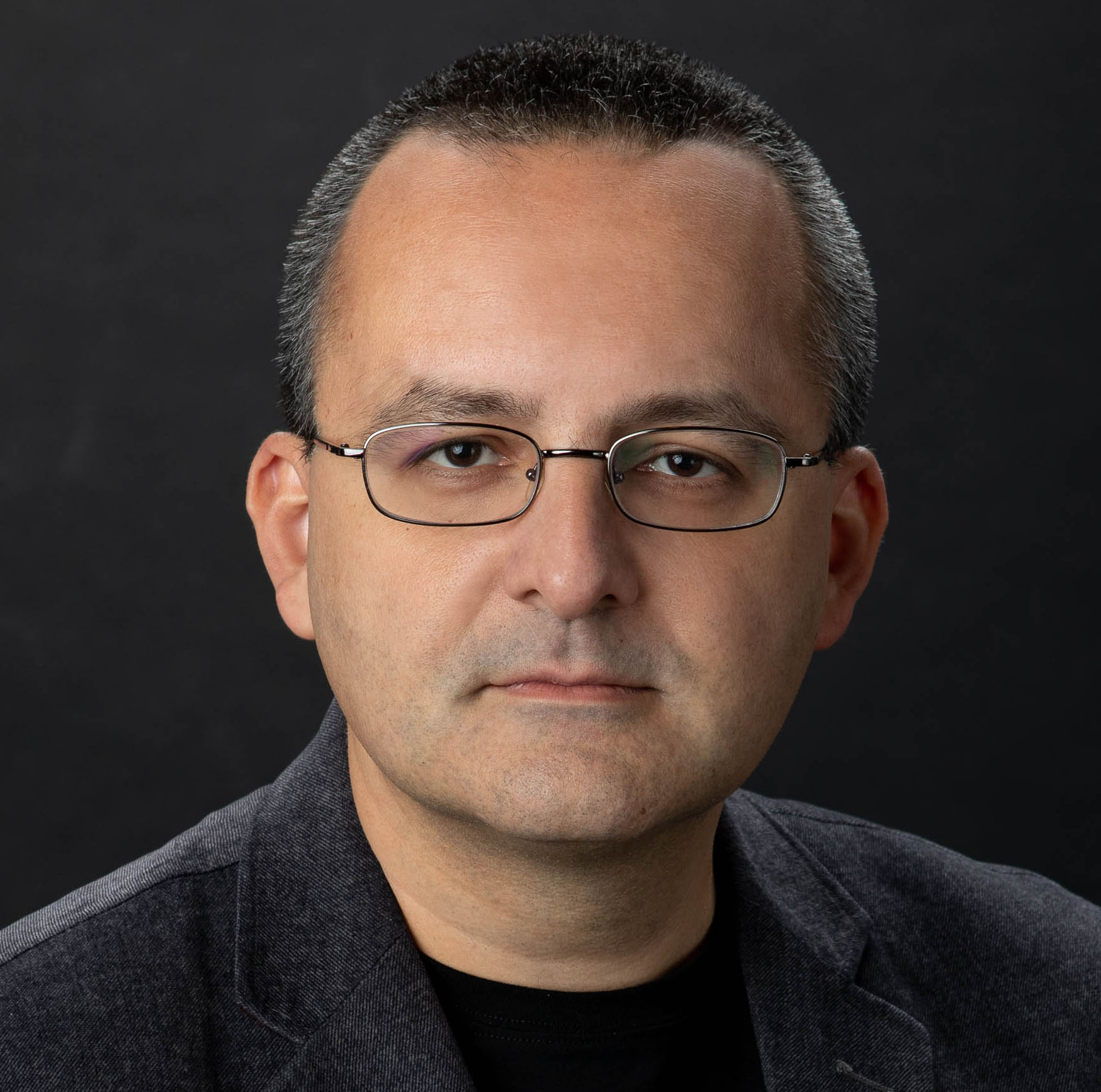 Alberto Cairo is the Knight Chair in Visual Journalism at the University of Miami. He is also director of the visualization program at UM's Institute for Data Science and Computing. He has been director of graphics at media publications such as El Mundo online, in Spain, and Globo magazines, in Brazil. He is also a permanent visualization consultant for companies and institutions such as Google and the U.S. Congressional Budget Office. Cairo is the author of the books "How Charts Lie: Getting Smarter About Visual Information" (2019), "The Truthful Art: Data, Charts, and Maps for Communication" (2016), and "The Functional Art: an Introduction to Information Graphics and Visualization" (2013). His blog is www.thefunctionalart.com 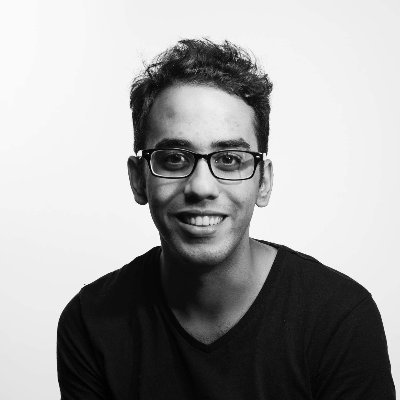 Lenny Martinez, M.S., (UM) is a multidisciplinary designer and engineer currently teaching data visualization and web development at the University of Miami. He has a B.S. from the Massachusetts Institute of Technology in Mechanical Engineering and an M.S in Visual Communications from Syracuse University. Mr. Martinez was a 2018 Carnegie-Knight News21 Fellow, where he investigated racism, intolerance, and diversity in America. He reported on the federal government’s attitude towards hate crimes and was the lead developer for the interactive piece The State of Hate. The investigation, Hate In America, won the 2019 Robert F. Kennedy Journalism Award in College Journalism, and the 2019 Student Edward R. Murrow Award for Excellence in Digital Reporting. 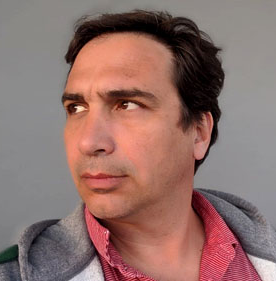 Kim Grinfeder is an associate professor and Chair of the Department of Interactive Media at the University of Miami. His work explores the use of media across the spectrum of emerging communication technologies. 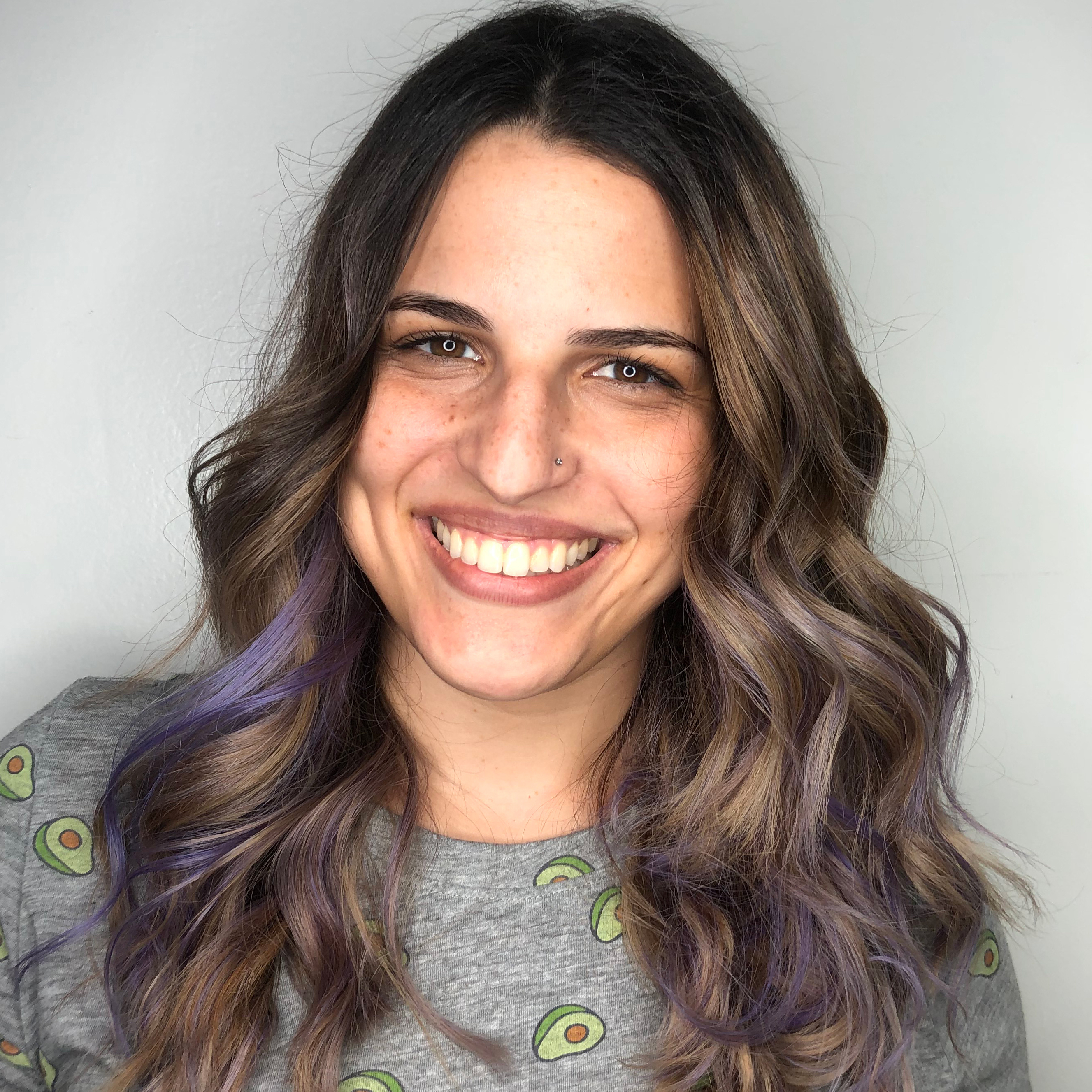 Fernanda Da Silva, M.S., is a Brazilian-American, third-year doctorate student at the School of Communication at the University of Miami. She was awarded her Master of Science in Mass Communication Degree at Florida International University and her Bachelor of Arts in Advertising at Pontifícia Universidade Católica do Rio de Janeiro. She also has a specialization in Art Direction granted as part of her Master’s program at FIU in partnership with Miami Ad School. Her teaching career includes undergraduate communication courses in design, advertising, and statistics. Her research focuses on culture, digital media, Latin America, and immigrants. She is native in English and Portuguese, has advanced Spanish, and is currently studying Italian. Layla Bouzoubaa is a Lead Research Analyst for the University of Miami (UM) Miller School of Medicine's Department of Public Health Sciences (DPHS). Additionally, she is the lead Statistical Programmer for UM's Sylvester Comprehensive Cancer Center's (SCCC) Division of Population Health & Cancer Disparities and SCAN360.com. Currently, she is working in substance abuse research to help target interventions to patients suffering from opioid use disorder which includes developing Shiny Apps for resource mapping, data harmonization, and population statistics/visualizations to build models that will inform proper treatment. Layla also has the pleasure of co-instructing "Data Science & Machine Learning for Health Research", a 6-week summer course for masters and PhD level students within DPHS. Outside of business hours, Layla co-organizes the Miami chapter of R-Ladies, an international organization that promotes gender equity among the data science community, and Google Developers Group (GDG) Miami, a community group that encourages and enables the discussion of new technologies in South Florida. She also co-organizes the annual Women in Data Science (WiDS) Miami conference, is a Google Women Techmakers (WTM) ambassador, and is a facilitator of Google's #IamRemarkable initiative. Aside from her professional loves, Layla is an over-zealous plant mom and a wannabe wine connoisseur and food critic. 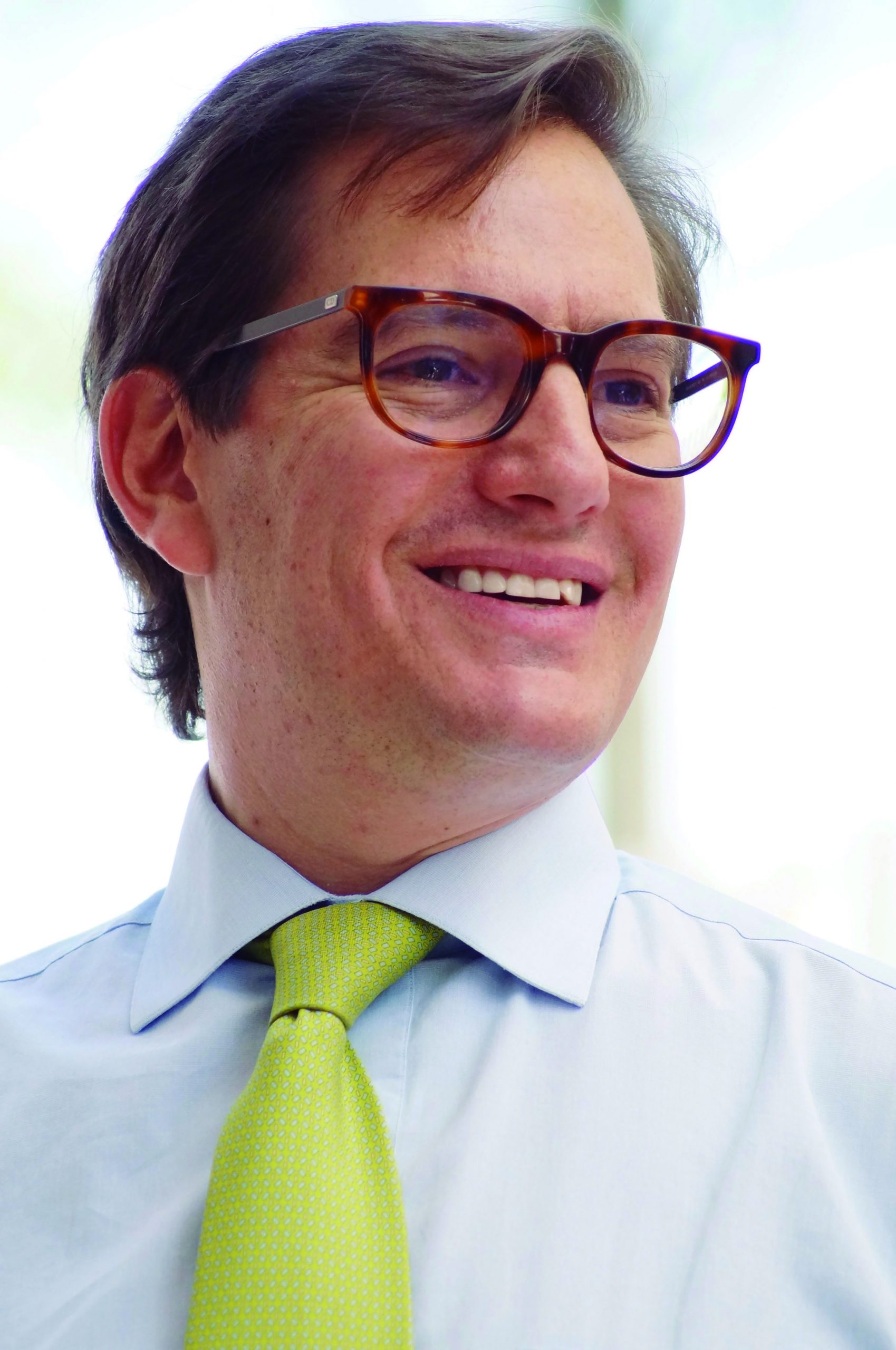 Salomón Chertorivski Woldenberg is a Mexican politician and economist. He served as Minister of Health of Mexico, during the last part of President Felipe Calderón's administration. He was the Secretary for Economic Development of Mexico City from 2012 to 2017. He was born in Mexico City on September 28, 1974. He obtained a B.A. in Economics from the Autonomous Technological Institute of Mexico, where he focused on social policy to combat poverty. In his college years, he undertook ideas such as prefabricated panels for home construction and supplying glasses for children in rural communities. He completed a master's degree in economics at his alma mater and then a master's degree in Public Policy from Harvard University. During his tenure as National Commissioner for Social Protection in Health in 2009, one million Mexicans were affiliated to public health insurance per month, attaining coverage for 53 million Mexicans. In his term, coverage also expanded to germ cell ovarian cancer, prostatic, testicular, colon cancer, and VPH vaccination, among others. He also signed multiple agreements to provide Popular Insurance to Mexican immigrants in the United States and their families in Mexico, with the support of Mexican consulates. He is currently a public policy Professor at the very prestigious Center for Research and Teaching in Economics (CIDE) in Mexico City and Chairman of the national advisory council "Pensando en México."